WETSUITS ARE NOW FORBIDDEN IN CANNES! - And Villeneuve-Loubet Follows

"The mayor of Cannes has banned the wearing of burkinis - full body swimsuits - on the beaches of the French Riviera resort famous for its annual film festival, officials said on Thursday."
- The Telegraph

"A second resort town on the French Riviera has announced a ban on full-body swimsuits - or 'burkinis' - at its beaches. (...) Anyone found breaching the order, in place until the end of August, faces a €38 (£32) fine."
-Sky News

MAKE SURE NOT TO WEAR THIS IN CANNES OR VILLENEUVE-LOUBET! 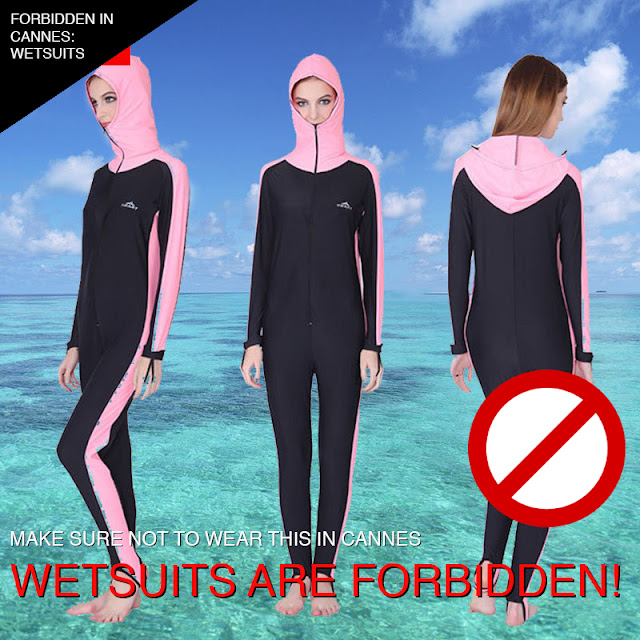 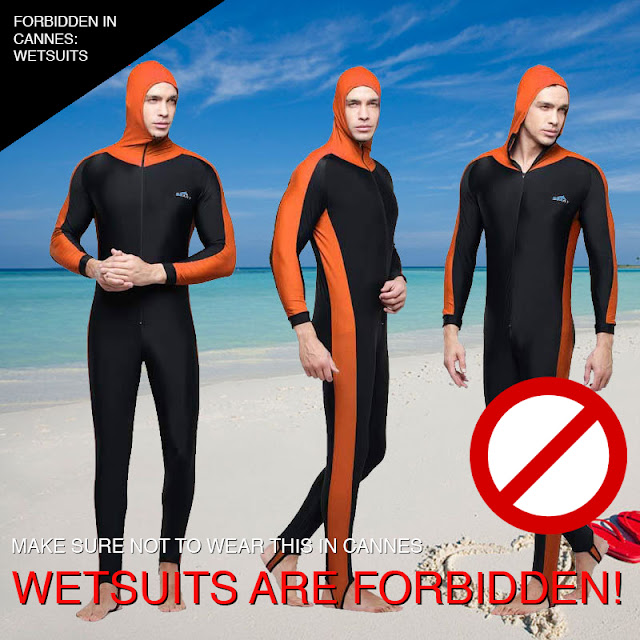 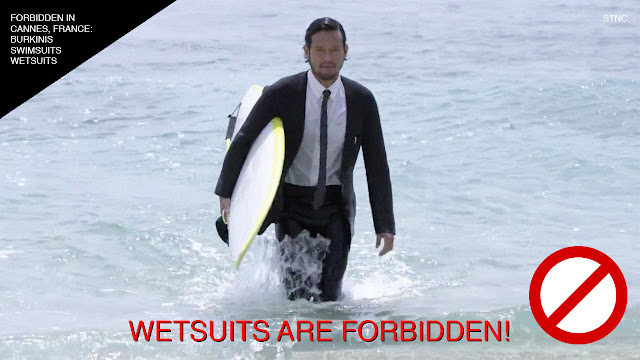 Posted by Colonial Surfer at 6:19 AM