THE MOST EXOTIC PICTURE EVER PHOTOGRAPHED. 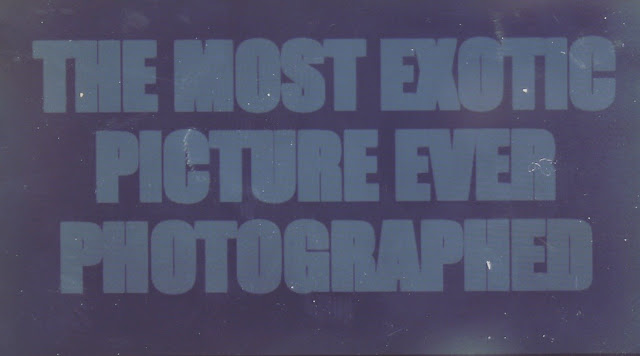 I work on a project in Arugam Bay, Sri Lanka, that is a distant and exotic place for me. Through the project, I intentionally intend to be in a colonial gaze. At the same time, it’s a gaze that’s already my own. From a global perspective, I already represent the role I now consider myself to play.

I'm in a role as a missionary in an American Christian surf organization. I do this as an art performance. Nobody on site knows that I see my participation as something related to my art practice. I perform a role in a group that I'm critical of. I'm carrying a camera with me and I am photographing a lot. The others in the group do also carry around cameras. Many photographs and video clips are being shot in an environment that is exotic to us. A difference is that I am primarily interested in targeting ourselves. When days and weeks pass, the situation becomes more known to me. At the same time, I probably exoticize and generalize the missionary role in an unfair manner. And maybe I also over-identify me with the research subject. I make a series of overthrows and break the rules in ways that are more or less typical of anthropologists throughout history.

After being away for 2 months and 2 weeks, I've returned home to the Swedish summer via airplanes, airports and airport buses. I'm in Mälarhöjden where I live in a collective with friends. We share a garden villa in a neighborhood with a lot of quite old but very nice houses. My room is still occupied since I've rented it out temporarily to an exchange student while being away. I do now make the living room into my sleeping area. I´m laying down on a pile of mattresses that really are too soft in combination with each other. I'm so tired that I don't make an effort to separate them.

The days are very hot in Arugam Bay. The place is located on the southeastern side of the island of Sri Lanka. Strong sunlight is shining through the window. We are as missionaries visiting a welcoming Sri Lankan family.

As I look around, I wonder how the picture on the wall looks so familiar. There is something with the color scale. The various shades of green that are broken up by some reddish and brown. A bookshelf is placed in the spartan-decorated room. It's very similar to a shelf in our collective in Sweden. And just as it stands. I'm getting a nice curious smile on my lips when I see that it also contains the book The Aesthetics of Resistance by Peter Weiss. On the wall is a Mona Lisa poster mounted on a wooden board. The same as we have in our collective in Mälarhöjden! It's also worn in an almost identical way. The feeling in the body is overwhelming. I'm rising up out of the several layers of mattresses. I reach for the camera to start photographing the room. I focus, and when I press the shutter button, the perspective changes.
Posted by Colonial Surfer at 2:34 AM